This post is dedicated to my friend, Stephanie Vasso, the best role model I know for serving 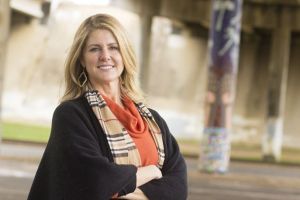 humbly and loving abundantly the physically homeless in her East Texas community. Her work reveals  hidden beauty both inside and out, and makes the world a better place.

Whenever the weather turns harsh and I am nestled in my home I can’t help thinking about those who do not have the safety, protection or comfort of home. What does it take to reach that point of desperation, let alone to endure it?

Homelessness is about more than lack of shelter, and overcoming it takes more than providing for a person’s physical needs.

So it is with spiritual homelessness, only in this case the homeless are dangerously unaware of their plight.  Those who call this world home will sooner or later discover that it offers weak protection against the elements of evil and is a cold abode, devoid of love, hope or meaning.

Jack Higgens, author of the best-selling novel, The Eagle has Landed, was once asked, “What would you like to have known as a boy?” His response, “That when you get to the top there’s nothing there.”

Today, 26 percent of adults say Jesus  was only a religious or spiritual leader, like Mohammed or the Buddha, while another 18 percent say they aren’t sure if Jesus was divine. The situation is more concerning among the next generation: Millennials are the first generation in which fewer than half believe Jesus was God (48 percent). (Source: The Barna Group)

How can we begin to serve these spiritually homeless if, like Higgens, they are not yet aware their poverty? Part of the answer can be found in this passage: 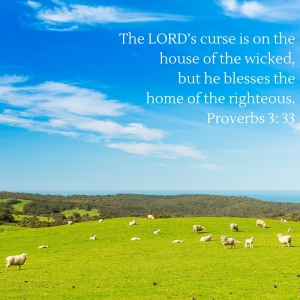 According to Blue Letter Bible the first word “house” refers to a physical structure, but the second reference, home of the righteous, comes from the Greek word for the “abode of shepherds or flocks, pasture.” The Greek also backs up what we know to be true of the wicked vs. righteous in this world:

God made Him who had no sin to be sin for us, so that in Him we might become the righteousness of God. (2 Corinthians 5:21)

This is about more than a future promise of heaven, it’s about the kingdom available right here, right now. As James explains so eloquently:

If a brother or sister is without clothing and in need of daily food, and one of you says to him, ‘Go in peace, be warmed and be filled,’ and yet you do not give what is necessary for his body, what use is that? Even so faith, if it has no works, is dead.

Perhaps the spiritually homeless you know simply missed the invitation or they haven’t been quite ready to accept it, or most unfortunately, they were turned away by religious institutions that told them they were no longer welcome.

Communities usually rally to meet the emergency needs of the physically homeless when weather conditions threaten to become severe.

Similarly, the spiritually homeless are in greatest peril when life’s storms arise. At such times their circumstances become dangerous and often unbearable. Without a path to safety they can be overcome by despair.

Whether physical or spiritual solving the homeless crisis requires something more from  those who desire to serve. It requires them to risk something in order to approach the situation with humility and the awareness that “there but for the grace of God” this situation could be theirs. It means meeting those in need not as rescuers, but as peers and really listening to the shared experiences in their stories. And it requires unconditional love, absent of judgment.

Then, and only then, do you earn the trust to share your own story, and the opportunity to invite, or better yet entice, the homeless in out of the cold.

I’ve been captivated recently by David Crowder’s song, “Come and Listen,” which echoes this idea beautifully:

Go therefore and make disciples of all the nations, baptizing them in the name of the Father and the Son and the Holy Spirit. Matthew 29:19