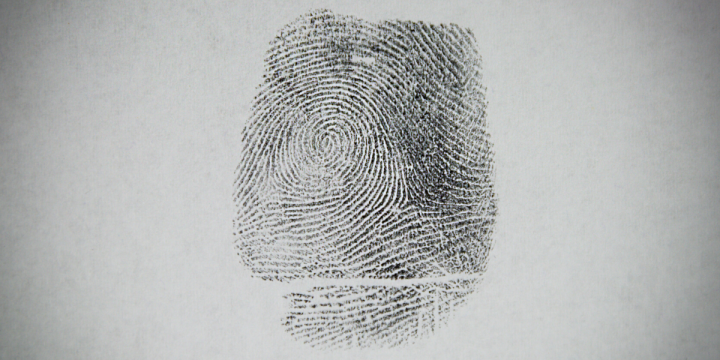 My podcast subscriptions are one of two genres, Christian teachings or true crime. Angels and demons. Not much in between.

I joke about it, but I also have tried to understand the appeal. I realize I’m drawn to a good mystery, but also to the spiritual confirmation that evil is at work in the world in a way that has no rhyme or reason without Christ.

Evil is alive and active.

From my very first week listening to true crime I was stunned by the undeniable truth that there are strong, palpable forces of darkness on the move in this world.

Your enemy the devil prowls around like a roaring lion looking for someone to devour.

Evil is made manifest in those who succumb to it.

As you listen to people speak of their encounters with evil-doers they consistently speak of “black eyes,” void of humanity. Killers themselves often claim to hear voices commanding them, saying their actions were an effort to silence the noise. I used to think these were lame attempts to escape responsibility, but I now see it differently.

The book Imagine Heaven dedicates a chapter to near-death experiences of hell, and they sound a lot like what these people describe. Here is one excerpt (although I strongly recommend reading the book):

They could not kill, though they clearly wanted to, because their intended victims were already dead….These creatures seemed locked into habits of mind and emotion, into hatred, lust, destructive thought patterns.

“I told you so!” “I always knew!” “Didn’t I warn you!” were shrieked into the echoing air over and over.

Evil acts with a sobering randomness.

It’s human nature that when we hear about treacherous situations we seek to distance ourselves, rationalizing why it could never happen to us. But there is no vitamin or precaution to protect against evil in its purest form–evil perpetrated for its own sake.

The utter randomness of such crimes is what really rattles me to the core. A little girl happens to get off her school bus when the man in the car behind decides on impulse she will be his victim. A couple gets in an argument and the husband leaves to cool off, neglecting to lock the door behind him, giving a stranger access to attack his wife. A young woman leaves her friends to walk the last two blocks home alone and happens to be spotted by a dangerous predator.

Scripture says the wages of sin are death. Evil leads in only one direction.

The thief comes only to steal and kill and destroy; I have come that they may have life, and have it to the full.

And its converse also is true, where there is death you can find evil at its source, whether as a direct or indirect result, sin is the root cause of death in our world.

Evil may be random and without reason, but God is sovereign. Those who do evil are overcome by compulsion. While that can seem especially terrifying, as it is impossible to guard against, it also can be an encouragement. Jesus came precisely to save us from an eternity of this. He died a seemingly senseless death at the hands of those subjected to evil. And his victory over these forces of death are why he is the way, the truth and the life for all of us.

But thanks be to God! He gives us the victory through our Lord Jesus Christ.

I am still a true crime junkie, but I do my best to listen with spiritual ears to the larger battle raging just behind the curtain, the one between angels and demons, for our very lives.

Why would a loving God allow so much evil pain and suffering on this earth? Because it’s a warning and a chance to choose him!

Hell is God giving free eternal creatures what they want–freedom from him.

See I set before you today life and prosperity, death and destruction.

Now choose life, so that you and your children may live and that you may love the Lord your God.