Who are the thems in your life?

We all are guilty of judging groups of people, often sight unseen, based on skin color, culture, religion, political view, financial situation, gender, sexuality or some other quality we use to define and divide us.

If words ever lead us into sin collective nouns must be among the top offenders. Southern drivers, I often mutter, when I find myself caught in a pileup on I-40 due to a little bit of rain. While that might be a fairly innocuous example, I can’t think of a more profound one than how a white Klansman judges people of color.

And so I can’t think of a more powerful way to conclude this series on loving your enemy than to share lessons I’ve learned from Daryl Davis, an accomplished Black musician, keyboardist to Chuck Berry, who played with Jerry Lee Lewis, B.B. King and Muddy Waters, among others.

Mr. Davis’ greatest legacy is the story of how he ‘s led more than 200 Klansmen to hang up their robes by loving his enemies in a way that is certainly worth imitating. If you haven’t seen his documentary yet, Accidental Courtesy is absolutely must-see TV, and it’s free on Netflix.

I watched the movie several months ago, and today I had the privilege of listening to Mr. Davis speak (and perform) at our church. Here is how I would sum up his lessons. 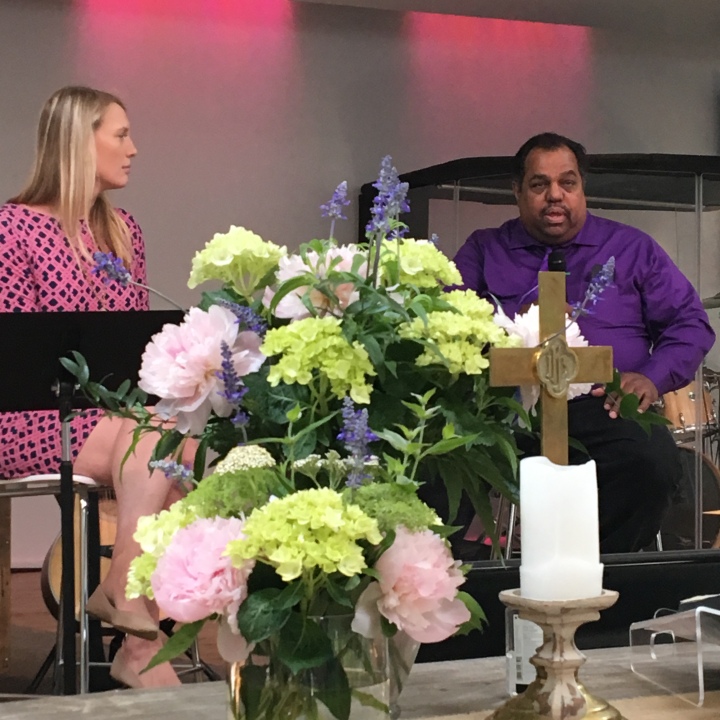 Lesson 1: How can you hate me when you don’t even know me?

From the moment 10-year-old Daryl Davis was pelted with cans and debris as he marched with his white Boy Scout troop in a local parade, Daryl was driven to understand how people who didn’t know him could hate him.

The closer people are to us the more inclined we are to temper our judgment with their good intentions. Think of your children and how readily you bring context and understanding to their lives. Think of your close family and friends.

But now think of people you consider to be your enemy. Do you know them as individuals? Have you taken time to listen and understand what animates them? That is exactly what Mr. Davis set out to do.

It is difficult to imagine how Mr. Davis must have felt as he prepared for his very first sit down with a Klan leader, one who had assented to meet him because he didn’t know Mr. Davis was Black. Fear, trepidation, anxiety, indignation, all come to my mind.

It also is difficult to imagine how Mr. Davis endured the meeting, and getting pelted once again, this time by racial slurs and stereotypes, a vision for racial separation, and a warped  idea that all of this was somehow consistent with their shared Christian faith.

And yet endure he did. That meeting begat many others, and each step of the way Mr. Davis discerned respecting the human being from the vitriol pouring from the other man’s heart over his lips.

Lesson 3: Listen to learn and earn the opportunity to be heard.

Mr. Davis adopted the humble posture of a student.

He listened with open ears, but more importantly, with an open mind. He challenged lies with the truth, but in the form of questions rather than accusations. Slowly light seeped in to the darkness.

Lesson 4: Have no expectations.

I got the impression that Mr. Davis never had an expectation of change on the part of his enemy. He didn’t enter the first meeting — or any of the hundreds since — seeking to change anyone other than himself, simply by gaining insight and understanding about what his enemy thought and why.

I suspect that as he gained context about why each individual held the views he or she did, Mr. Davis found grace to fill the gap between them with love, even if he saw no fruit in this life.

He and that first Klansman ultimately (and unbelievably) became close friends. The man eventually gifted Mr. Davis with his first artifact 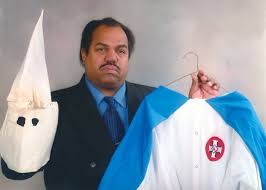 of KKK regalia. Today Mr. Davis is the proud owner of hundreds of pieces from Klansmen who hung up their robes and their hatred because Daryl Davis loved them first…apparently to know him is indeed to love him.

The ripple effect of these changed hearts will only be fully known in heaven, where the children who would have been raised in hate instead grew up to befriend and love their neighbors — and perhaps their enemies — seeds of love sewn by Daryl Davis.

In this world full of hatred and anger we all are guilty of hating people we’ve never taken time to know.

If we truly desire to follow Jesus we must take seriously the commandments he told us were the most important of all:

Pray this week that God might reveal the enemies of your heart.

And then challenge yourself, with God’s help, to embark on a journey like Daryl’s, to extend the simple gifts of respect, listening, sharing truth with grace, and discerning how to hate the sin yet love the sinner, with the “them” in your life.

Who knows? Perhaps someone is praying right now about extending the same gift to you.