It is less exuberance than a sense of completeness I feel with [my son] home. ‪#‎grateful‬

Just a few more hours … he’ll be back from college and our home will feel complete again. It’s just not the same when [my child] is away.

This experience of completeness has come as a surprise to me. I thought it would be different — joy, excitement, giddiness perhaps. But that’s not it at all. It’s  a sense of restoration, that feeling of re-orientation when things are back in place, as they should be.

We Can Go Home Again

My teaching leader in my Bible Study Fellowship astutely observed that our role as earthly parents is to send our children out of our homes and into the world to make them independent; God’s goal as Father is to draw his children back home, back into full dependence on Him.

Perhaps the peaceful tranquility we experience when our children are all under our roof is intended as a foretaste of our eternal home. Just imagine what God has in mind in drawing His children home:

But, as it is written,

“No eye has seen,

nor the heart of man imagined,

what God has prepared for

those who love him”

these things God has revealed to us through the Spirit.

BSF’s study of Revelation this year has focused on God’s loving patience in withholding His righteous wrath from his beloved, if rebellious, children. This is made profoundly clear in Revelation 6: 9-11:

When he opened the fifth seal, I saw under the altar the souls of those who had been slain because of the word of God and the testimony they had maintained.

They called out in a loud voice, “How long, Sovereign Lord, holy and true, until you judge the inhabitants of the earth and avenge our blood?”

Then each of them was given a white robe, and they were told to wait a little longer, until the full number of their fellow servants, their brothers and sisters were killed, just as they had been.

At first this sounded horrific. What kind of Father would stand by and allow his children to suffer and die? But, God knows that the temporary suffering of these faithful ones and their witness to the Word have the power to draw a few more rebels into eternal life .

Now that is quite a different picture, isn’t it?

Yet I wonder who these souls are. Aren’t we all rebellious sinners at heart…indeed, all but One. Perhaps this is why John’s  verse is as ubiquitous as it is inescapable; consider anew that:

God expressed His love for the world in this way: He gave His only Son so that whoever believes in Him will not face everlasting destruction, but will have everlasting life. 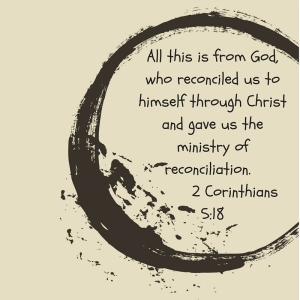 become witnessing souls to our brothers and sisters:

It wouldn’t be the same this holiday without all of my children home. Fortunately for us God feels exactly the same way.