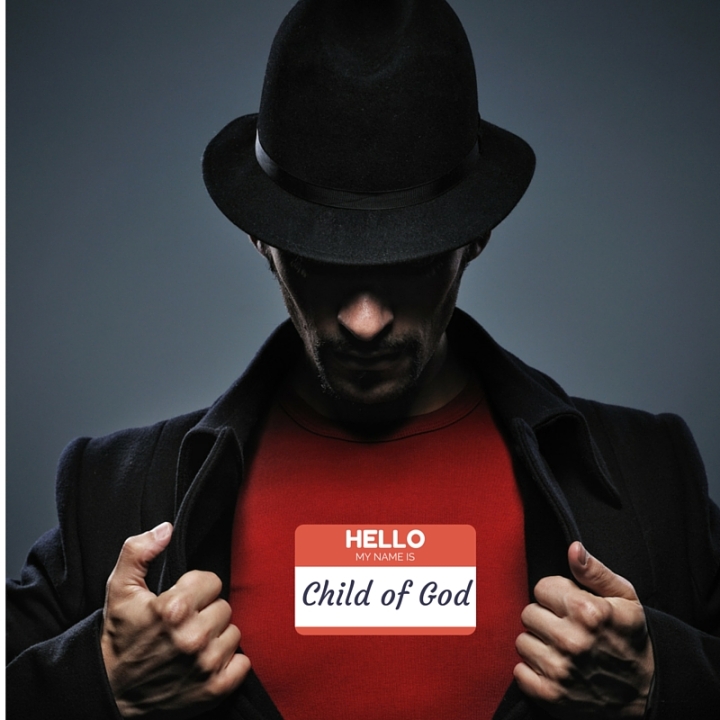 Today’s story begins at the very beginning…in the moment that God shifted from being into doing, specifically creating.

Let us make mankind in our image, in our likeness….

What does it mean to be made “in His own image”? Do we resemble the Maker of the universe in ways that resemble having our Father’s eyes? As a writer and a lover of words I have learned one important answer to this question:

We share in the mystical, creative power of words.

Let me say it again: Our words, the ones we speak and write daily, often with little consideration, have the power to bring ideas to life. Words form an invisible bubble that floats unformed, unshaped elements of thought across the frontiers of our mind across and into the temporal world.

One example of this that always comes to my mind is when President Reagan stood before the Brandenburg Gates and said, “Mr. Gorbachev, tear down this wall.” Until that moment the idea itself was inconceivable. And, people in the know considered even saying it a significant risk to the fragile relationship with the Soviet leadership.

Yet against those odds Reagan spoke the words, words that birthed an idea, and the idea took root in the hearts and minds of some of its listeners. Then, just two years later, the wall that had stood for 20 years — dividing the free from the captive, mothers from children and the very heart of a country — came tumbling down.

I know what you’re thinking, “Those words were uttered by the leader of the free world. Of course they had the power to create change.” Yet I tell you:

The power of words to create monumental change emanates not from the speaker, but from the life-giving truth the words contain.

Learning to Respect the Power We Possess

Men speak an average of 7,000 words a day; women nearly triple that at 20,000, that is two-and-a-half hours a day of straight talk, ladies. Another startling fact is that every two days we generate more information than was created from the beginning of recorded time through 2013.

What would the world look like if we began today to live our lives with acute awareness of the power we possess in our words? For starters it quickly would be a much quieter place.

The words you use show the condition of your heart.

I took her at her word and checked the condition of my  heart. Over the next few days I began listening to myself and was alarmed to discover that I suffered from some heart damage: I was astounded by how many of my words were filled with gossip, anger, frustration, selfishness or envy.

I decided to see if  the converse of that statement also was true: Could changing my words produce a positive change in the condition of my heart? I embarked what has become a seven-year journey toward the answer. Here are the steps I follow:

Here are two quick examples of how this looks for me in real life.

Last weekend I received a solicitation call from a student at my son’s college asking for support of the parents’ organization. My response was that we were paying a premium in out-of-state tuition and were not interested at this time. Following his script, the young man dutifully suggested a smaller gift and then a delayed timeline. In the middle of my weekend chores I felt that old surge of irritation percolating, along with an impulse to fire back a smart-aleck comment and hang up.

Instead I told the caller that I respected his tenacity and shared that I had done cold calling  in college too. I encouraged him that he would learn a lot of good things from the experience. He laughed and thanked me for being patient with him…and then he asked me one more time for a donation. This time we both laughed; I still declined, but I hung up feeling blessed by the interaction.

The next day I called a company about a water softener and the woman on the other end was immediately salty and it had nothing to do with her products. I responded saying, “I am trying to buy your product, so I’m having a hard time understanding why you are being rude,” to which she yelled,“You are the one not understanding me!” Our call ended without any attempt on my part to be a light….I’m still a work in progress.

Put your words to work: Share your answers and perspectives in the comments section!

One thought on “What Say You?”